General admission tickets begin at $75. For sponsor and VIP ticket information, see below.

We are excited to welcome back the following featured entertainment to Cork & Soul 2019.

This band has remained one of the most well-known acts in Las Vegas and currently brings a unique blend of today’s hottest dance, hip-hop and Top 40. Zowie Bowie features the musical talent and unbridled energy of Chris Phillips and Nieve Malandra. This high voltage band creates a sizzling and sexy sound that has become a Las Vegas mainstay. Recently voted as Las Vegas’ #1 party band and 6-time Las Vegas Review-Journal’s Best of Las Vegas Band Winner including 2018.

With a repertoire that encompasses all of the best Dance, R & B and Party music from the 60’s to today, Pop Rebels has opened for a variety of acts including Ariana Grande, KC & The Sunshine Band and The Righteous Brothers! A scalable band that ranges from a versatile duo to a 10-piece “Super Band” complete with Latin percussion and a killer horn section. They’ve been in the entertainment business most of our lives and are passionate about helping people have their dream event, so we’re excited to hear from you!

Lannie will thrill and delight you, lifting your soul! With his stellar vocals in a performance packed full of the very best of Stevie Wonder, Michael Jackson, John Legend and more, Counts is featured performer with Las Vegas Tenors, the Lon Bronson All Star Band, and Santa Fe and the Fat City Horns.  Joining him is the Las Vegas legend and two-time 2018 Grammy nominee, Clint Holmes.

Not one but two of the best Las Vegas Powerhouse Rock Vocalists with the power trio DeeVus will return to rock you again this year! Classic rock-n-roll with a penchant towards Female Rockers. Michelle and Dianna have enjoyed storied careers, starring in countless Las Vegas productions between the two of them including Legends in Concert and The Kozmic Blues Show (Michelle’s tribute to Janis Joplin), and Playboy’s Girls of Rock & Roll where both girls originally met. Each of these ladies are inductees into the Las Vegas Rock and Roll Hall of Fame. Rock out with Michelle & Dianna with DeeVus…Classic Rock at it’s Finest!!!

Elvis Lederer is a solo guitarist and an award winning musician and producer who performs with Blue Man Group, Cirque du Soleil and his own projects Überschall, Unique Massive & Tekkno Flamenko. He has produced multi media events at the Smith Center, Brooklyn Bowl and then Studio 54 amongst others. He provides many styles of entertainment fitting the occasion with a unique and artistic approach.

A million selling, Grammy nominated, country music star whose songs have hit #1 on the charts five times including: the fourth most popular Country wedding song of all time “From Here To Eternity” and the iconic “Drink Swear Steal & Lie.” A songwriter for the stars with the unusual good fortune to have had his compositions recorded by Hall of Famers and Grammy winners in Country, Rock, Pop, Gospel and Latin including Travis Tritt, Timothy Schmitt of The Eagles, Pop Superstar Deniece Williams and The Imperials. 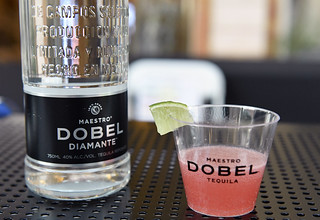 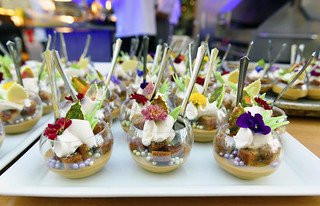 View pictures from the 2016 event on our Facebook page.

The full purchase price of any sponsorship or ticket purchase can be credited to a family, school, or corporate JDRF One Walk team. Please list the team name when making your purchase.

More from the Nevada Chapter

How would you rate your experience?

Hate
Dislike
Neutral
Like
Love
Select an element on the page.

Thank you for sharing your feedback with us!

Connecting your feedback with data related to your visits (device-specific, usage data, cookies, behavior and interactions) will help us improve faster. Do you give us your consent to do so for your previous and future visits? More information